The infantry school where Hitler was tried after the 1923 putsch.

This is the building in Blutenburg Strasse where Hitler and his co-defendants were tried in 1924 for their participation in the Beer Hall Putsch. They were initially supposed to be tried in the main courthouse in Leipzig but too many prominent members of Munich society were implicated ….so conveniently the trial was tucked away in this infantry school in Munich along with a sympathetic judge. 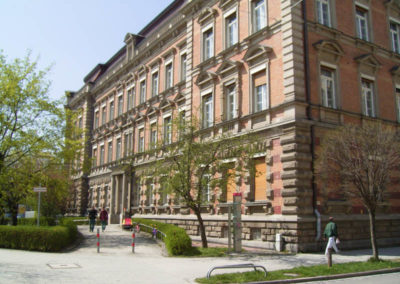