After the death of Ludwig Troost, Hermann Geisler became the key architect for the Munich area in 1938. Albert Speer never really gained a foothold in Munich and consequently Speer and Geisler became competitive enemies. The plans/models for the rebuilding of Munich were completed by 1940. The war was in full swing and like the plans for many other German cities they were never realised. However, one huge ‘test’ residential building was constructed in the vicinity of Hitler’s residence. Here are the pictures of how it looks today – note the air raid bunkers built onto each corner. 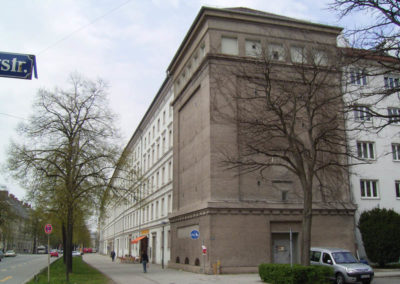 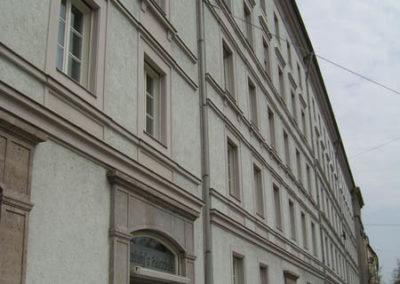 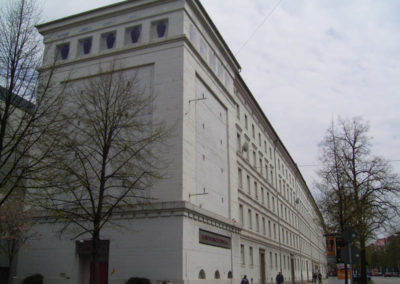 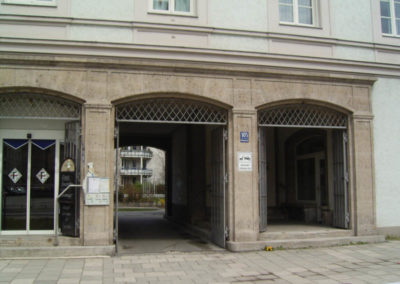